With reference to the SEBI circular dated 20th July 2020, Peak Margin has been introduced in the Equity, Commodity & Currency segment from 1st December 2020.

W.e.f 1st June 2021, there will be an increase in PEAK margin from the existing 50% to 75% of the total margin. Accordingly, intraday leverage provided for Equity Cash and F&O Intraday will be changed.

This is an important update regarding Peak Margin which is going to be increased w.e.f. 01.06.2021 across the segments. The 3rd phase of peak margin (75% of (Peak margin obligation of the client across the snapshots) shall be compared with the respective client peak margin available with the TM/CM during the day. But before all that let's know What is Peak margin? 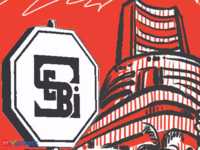 With reference to the SEBI circular dated 20th July 2020, Peak Margin has been introduced in the Equity, Commodity & Currency segment from 1st December 2020.

W.e.f 1st June 2021, there will be an increase in PEAK margin from the existing 50% to 75% of the total margin. Accordingly, intraday leverage provided for Equity Cash and F&O Intraday will be changed.

This is an important update regarding Peak Margin which is going to be increased w.e.f. 01.06.2021 across the segments. The 3rd phase of peak margin (75% of (Peak margin obligation of the client across the snapshots) shall be compared with the respective client peak margin available with the TM/CM during the day. But before all that let's know What is Peak margin?

What is Peak Margin?

These snapshots will be totally random & system-driven (not at fixed times). The issue here is that such a practice is resulting in chaos as it so happens that several clients square-up their entire position before the market closes, popularly called “intraday”, but given the random snapshots due to ‘peak margins’, clients are getting into the SHORTFALLS because of leveraged intraday positions. Since intraday constitutes close to 70% of average daily turnover, the rule is looked at with much displeasure. I hope now you know what is peak margin?

How phase 3 of peak margin will affect investors?

Types of margins in the stock market.

What is New Update On Margine Rule by SEBI?

SEBI has been trying to find solutions to some perennial issues in recent years like network effects of one failure on others, and then there was the severe discomfort with the extremely high percentage of derivatives turnover versus cash in the books. Derivatives are a synthetic instrument, it has attracted not only strategy-based players but also heavy speculation by retail investors. To control this, SEBI has been increasingly raising margins and the size of the contracts but this effort was neutralized as brokers gave ever-increasing multipliers to counter it. This had given rise to a non-uniform playing field & thereby giving rise to systemic risks for brokers who had taken the risks on their books.

The spirit that SEBI wants to embed in the stock market community is that of “Leverage only to the extent that is palpable by an individual &/or entity”. Thus the new regulations would provide a level playing field across the broking industry so as to limit the multiple exposures that may be allowed. This would in a way reduce excess SPECULATION to a greater extent, as also RISKS involved with the leverage.

The percentage of delivery trades to actual turnover normally played on an average between 27-35% over the current FY. This in a way indicates that out of the business transacted on a single day, around 70% was settled intraday. This was the function of excessive intraday multiples (Read exposure) that some brokers use to provide the clients. With the new regulation, there is a good chance that the participants are driven to genuine investment trades as against speculation trades. It is also positive for the intraday trader, as the probability of intraday traders winning will improve with lower leverages.

There also seems to be a directional focus of SEBI moving to the T+1 settlement cycle. Across all the pointers that have come through, there seems to be a good amount of stress that has been put on “EARLY PAYIN” (EPN). By doing the early paying, one can save a lot of hassle as well as utilize the margins more efficiently. This seems to be an early pointer that finally culminates in the moving of the settlement cycle to T+1.

We have collated the structure of the regulation in subsequent pages.

We list the pointers to changes that may happen because of this:

Following are the guidelines for the collection of upfront margin & Peak Margins from clients in Cash & Derivative segments: -

Brokers need to collect upfront margins in the form of funds/securities by way of Fund transfer or Margin Pledge (Specifically read as Clear Funds &/or Securities) to execute any transactions.

Until now, the reporting for margin requirements happened on the basis of end-of-day positions. Based on these positions, the exchange was imposing a margin on the customer.

Under peak margin reporting, CC shall send 4 Snapshots in a day on a scheduled time (In a random, system-driven process). At the end of the day, Exchange will consider the maximum margin across that 4 snapshots/Margin files for any client which will be considered as Peak Margin.

Higher the shortfall in collection of the margin obligations at (a) and (b) above, shall be considered for levying of penalty as per the extant framework.

In the cash market, the peak margin will be applicable till T+2 until pay in for the delivery positions.

The above framework will be prescribed in the phased manner as below:

The penalty in case of margin shortfall penalty structure has two slabs:

Note:- In cases where there is short/non-collection of margins for more than 3 consecutive days or for more than 5 days in a month, a penalty of 5% of the shortfall amount shall be levied. GST@18% shall be applicable to the penalty amount

Whether early pay-in (EPI) of securities accepted by clearing corporation (CC) during the day can be considered as upfront/peak margin for the said sale transaction?

Is upfront/peak margin collection required to be done in respect of clients who have done early pay-in of securities to pool account of Trading member/s?

No. Trading Member shall not be required to collect upfront/peak margins, in respect of positions for which early pay-in of securities is made by the clients in the pool account of the trading member on the date of execution of the transaction.

What changes for clients at GEPL Capital?

GEPL has always believed in long-term relationships that look to create wealth for the client, rather than juicing the client to generate revenue alone. In this regard, we have always believed in INVESTING in companies rather than playing on the prices in stipulated time. A long-term portfolio generally creates real wealth with a number of multi-bagger stocks generating real WEALTH. In the true sense & logic of this hypothesis, GEPL has never allowed leveraging beyond the real means of a client. Hence we feel that other than the operational changes like EARLY PAY-IN (EPI) or no- use of transit FUNDS till actual SETTLEMENT has occurred, the normal transactions would be affected to a greater extent.

Note: This is the Phase-III of peak margin so requesting all dealers/BMs to take at least upfront margin from the client before the trade.

For any further clarification you may connect with your Relationship Manager or contact our customer care department on 91 (22) 6618 2400 Ext: 703 To 707 or Write to us at support@geplcapital.com

You are just one step away from making your first investment with GEPL Capital, the one-stop investment avenue - so Click here and make your first trade.

A basic guide on types of margin in stock market india.

Hello readers, I hope you have read...

An opportunity to invest in Tata motor finance perpetual bonds 2022

Tata Motors is coming up with another tranche of perpetual bonds after the... 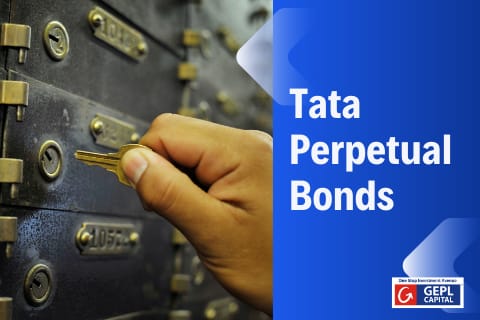 SIP investment Vs. Lumpsum – The method of investment

In our life, we always want differen... 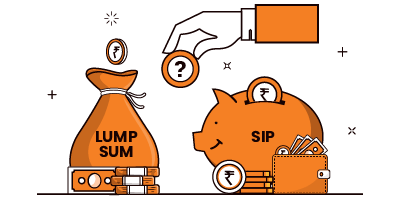 What does ETF stand for? An ETF stands for Exchange Traded Fund, which unlike regul...